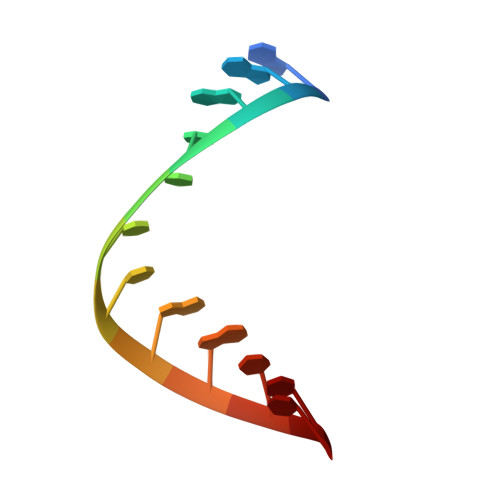 The genus trace: a function that shows values of genus (vertical axis) for subchains spanned between the first residue, and all other residues (shown on horizontal axis). The number of the latter residue and the genus of a given subchain are shown interactively. For RNA structures we plot several genus traces for various types of base pairs, as explained here.

The genus matrix. At position (x,y) a genus value for a subchain spanned between x’th and y’th residue is shown. Values of the genus are represented by color, according to the scale given on the right.

After clicking on a point (x,y) in the genus matrix above, a subchain from x to y is shown in color.

Chord diagram. The backbone chain is represented by a circle. Chords (arcs) connect those residues that are in contact. Structure elements can be removed from the above chord diagram by clicking on their symbols. In case of proteins for which it is possible to identify the secondary structure, symbols are given in the Stride classification (e.g. AH stands for "alpha-helix"). {{ pdb }} {{ chain }}

Filters – structure elements can be removed from the above chord diagram by clicking on their symbols.